Cambria is a small, charming town located along the pacific ocean and coastal highway 1 in California. Locally, the town is known for its annual scarecrow festival in October, the Christmas Market in December, being located just south of Hearst Castle and one of the last stops before driving north to Big Sur. But Cambria’s roots run deeper… 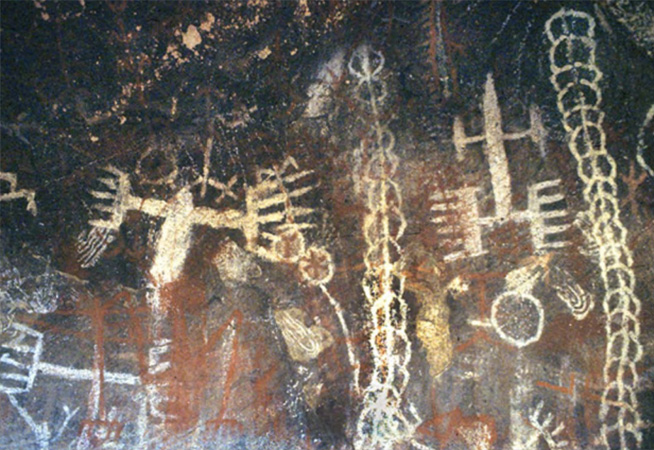 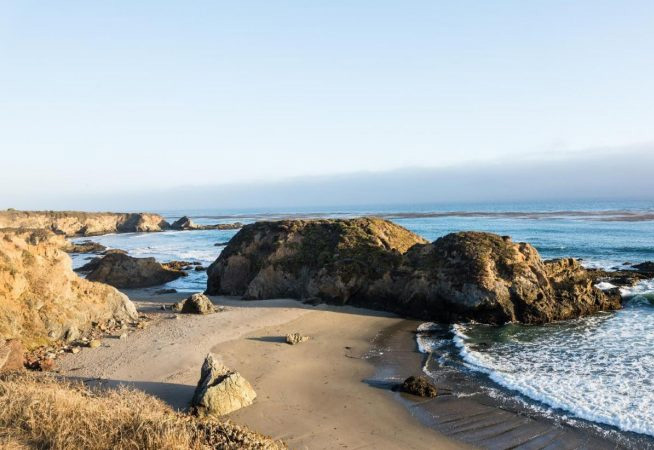 For more than 11,000 years, indigenous peoples have lived along the central coast of California, including in the area now known as Cambria. The Chumash lived along that California coast from what is now known as Malibu in the south to Morro Bay and Cambria in the north, as well as three of the Channel Islands (Santa Cruz, Santa Rosa, and San Miguel). Chumash means “bead maker” or “seashell people.” They thrived on the bounties provided by both ocean and land.

The Chumash were known for their basket weaving and bead making as well as their skills as herbalists. They used local herbs and plants to create teas and medicinal remedies. They also created rock art and the “scorpion tree,” which was culturally significant to the Chumash in their celestial observations and as part of their calendar. The shamans participated in making the scorpion tree carving in living tree bark, known as an arborglyph, “depicting a six-legged creature with a headdress including a crown and two spheres” (Wikipedia).

Herbalism and the use of local medicinal plants was a cornerstone in their culture, “Chumash medicine focused on treating mind, spirit, and body alike to promote the wellness of both the individual and the larger community,” (Wikipedia). Some of the plants commonly used were the common yarrow, yerba santa, laurel sumac, and mugwort (Wikipedia).

Cambria is built on the Cambria Slab, a 5,000 ft. thick late-Cretaceous sandstone in a rather enigmatic geologic setting, completely surrounded by Franciscan Formation rocks, mostly mélange. The Cambria Slab extends from Villa Creek in Estero Bluffs State Park to San Simeon Creek, holding up the high coastal ridge between Cayucos and San Simeon State Park. The sandstones are massively bedded. Bedding is only occasionally visible, as at the Leffingwell Landing bridge on Moonstone Beach. Compositionally, they are a feldspathic graywacke. The rocks in places are distorted and sheared (for example, below the high bluff at the north end of Moonstone Beach), and in a few areas injected by Franciscan mélanges and serpentinites (as on the beach below the high bluff at the north end of the Bluff Trail in the Fiscalini Ranch preserve). The Slab was deposited in an area of active subduction during the plate-tectonic assembly of today’s coastal California (Wikipedia). 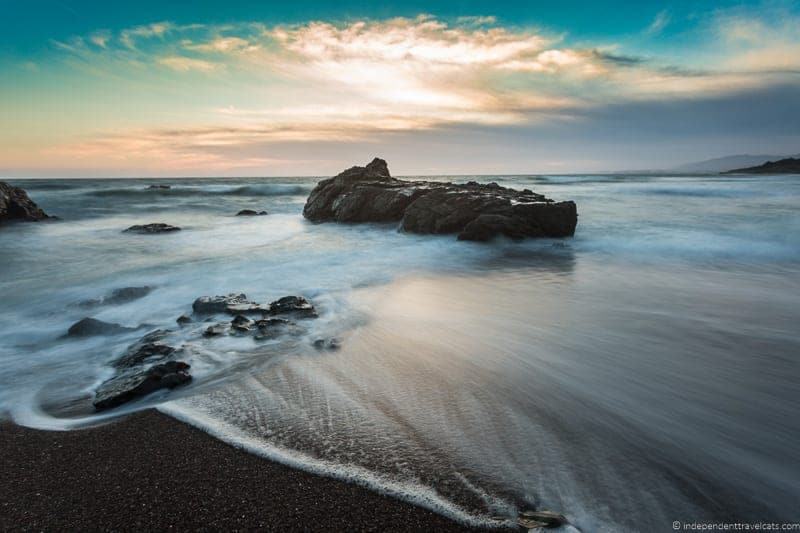 1769 marked the first recorded visit by Europeans when the Portola expedition arrived in Cambria. The settlers found the fertile land, abundant streams, and plentiful lumber sources appealing. The area became even more sought after when cinnabar (the ore used to extract mercury) was discovered in 1862. For many years Cambria was a booming mine town. One of the most successful mines was Oceanic Quicksilver Mining Company, which employed more than 300 people, was the largest in the area and the sixth largest mine in the world (Wikipedia). Hopes were high for growing wealth in the town of Cambria but the price of mercury dropped in 1878. Not long after in 1889, the mercury mining business came to a final end by a devastating fire. Cambria then settled into a peaceful dairy community (Wikipedia). The construction of Hearst Castle greatly benefited the citizens of Cambria, providing much needed employment during the Great Depression. Visitors sought lodging, supplies, and services in Cambria, further supporting the symbiotic relationship between the town and the Castle (Wikipedia).

Cambria was not always called “Cambria,” and was previously named “Slab Town.” An 1960 study of California place names often quotes, “A Welshman named Llewellyn dubbed his shop ‘The Cambria Carpenter Shop,’ and in 1869, the good folks adopted it as the official name” (Wikipedia). And thus the name “Cambria” was adopted by the tranquil seaside town.

We’re herbalists, yoga instructors, and photographers. We’re artists, craftspeople, dog-lovers, and parents. Our tight-knit team has a passion for organic, sustainable, and locally-sourced products. Our goal is to share the magnificent power of plants & fungi and the health benefits they can provide, with our local community of Cambria.

Meet Us in Person

Free delivery on $100+ orders or in Cambria Dismiss